Your browser is not supported

Your browser is too old. To use this website, please use Chrome or Firefox.

Decor Fusion is the only point-of-sale software on the market created exclusively to help paint and decor retailers run their businesses more easily and efficiently. The Decor Fusion software has seen numerous versions starting in the mid-1990s with Decor 2001, followed by Decor Express in the 2000s, and our current version, Decor Fusion.

Each new version has been updated to reflect advances in technology, as well as the changing needs of our clients and the paint and decor industry. We constantly review the software, industry best practices, and feedback from our customers and industry partners, to develop new features and benefits to provide the most valuable paint and decor retailer software on the market. While our software is constantly evolving, our mission remains the same: deliver a full-solution product that makes it easier and more efficient for independent paint and decor retailers to run and manage their operations.

CBC Computer Systems Inc. is pleased to serve independent paint and decor retailers by providing the Decor Fusion software. The company began in 1995 as a single source supplier of accounting computer systems. As our business evolved, we began specializing in vertical market solutions, offering a materials management system for building material and hardware stores. Over time, we realized the decorating market required a specialized POS software, with inventory and order features that were not typically available in hard goods application software. Realizing we could provide a superior product to paint and decor retailers, we began developing our Decor 2001 software.

CBC Computer Systems Inc. is family-owned and operated, and was founded by Wallace, Ward and Wade Partridge. 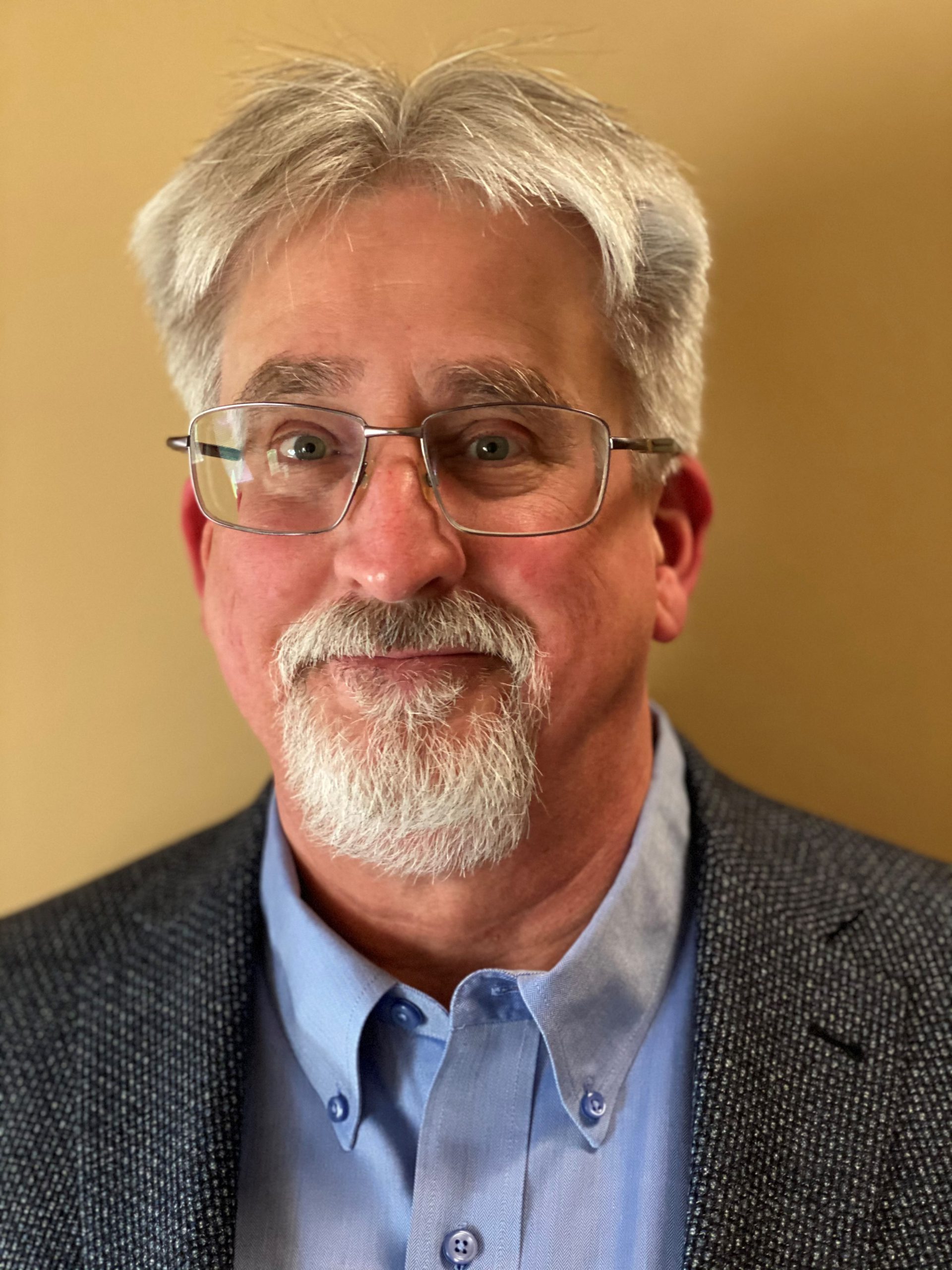 Ward Partridge is a Co-President at CBC Computer Systems. In his role, Ward manages the company’s marketing, sales and business administration.

Ward earned his Bachelor of Commerce from Queen’s University in 1982, and his Chartered Accountant designation at Touche, Ross (now Deloitte) in Toronto in 1986. 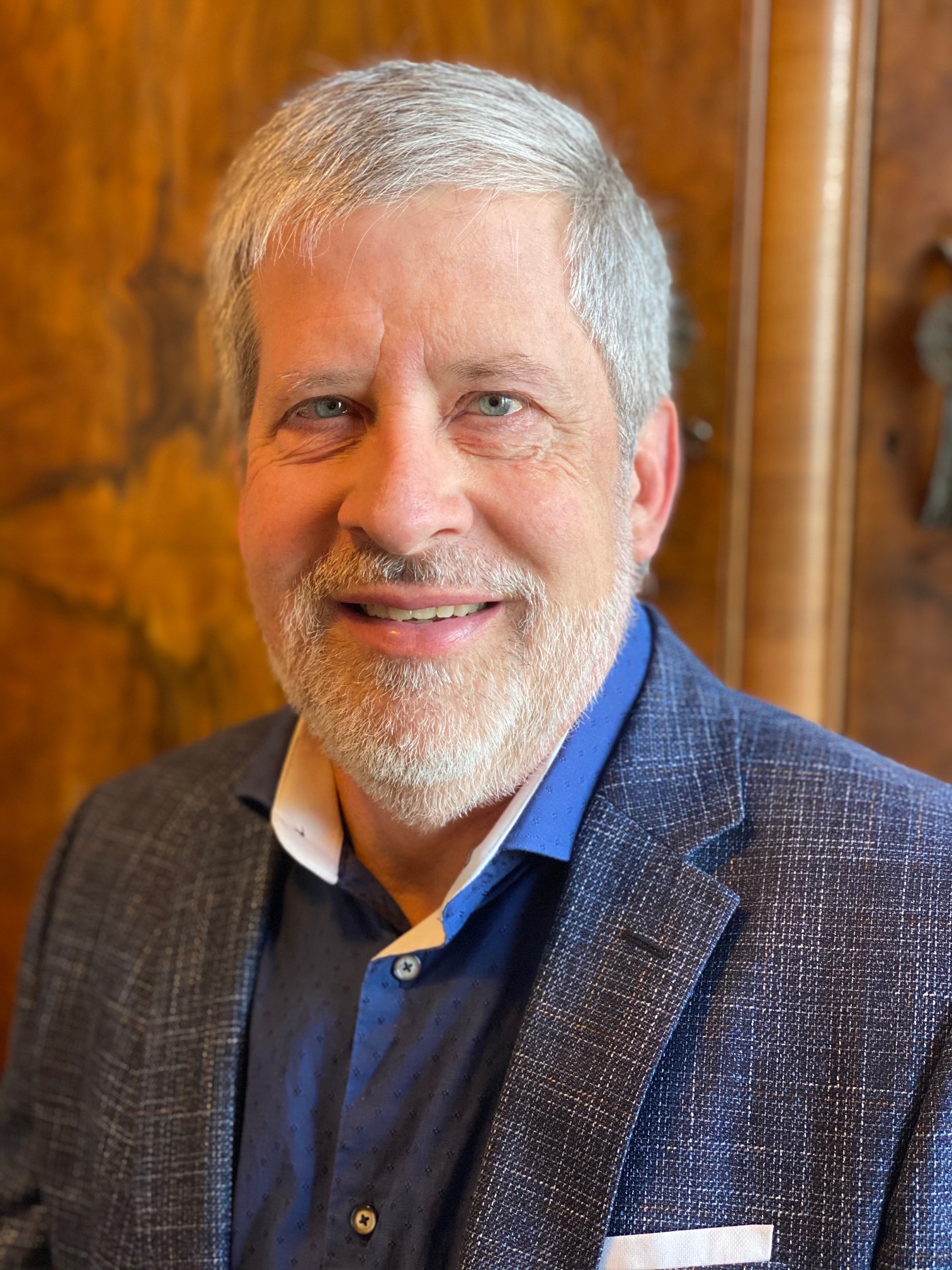 Wade Partridge is a Co-President at CBC Computer Systems. In his role, Wade is responsible for several areas of management within the company, including product design and development, as well as managing the development and technical support teams.

In his initial role with the company, Wade worked as a programmer and analyst developing custom software for local Niagara companies. As the company grew, Wade began leading a department of programmers, developing and supporting specialized applications for local businesses in the manufacturing, construction and building materials industries.

In 1995, Wade and his team developed the initial Decor 2001 software in Foxpro 2.6, with multi-store modem polling. Over the years, Wade has managed the evolution and development of the Decor software into Microsoft .NET, now hosted in Microsoft Azure. Wade has also worked with PPG to develop API services that allow PPG to leverage its independent dealers, and with Benjamin Moore to develop various integrations to Decor Fusion to automate dealer reporting and rebate functions.

Wade graduated from the University of Toronto in 1987 with a Bachelor of Applied Science. He previously served as a member of ALLPRO®’s Electronic Data Advisory Committee.

Wade lives in the Niagara Region with his wife and two children. In his spare time, Wade enjoys cycling and playing golf. 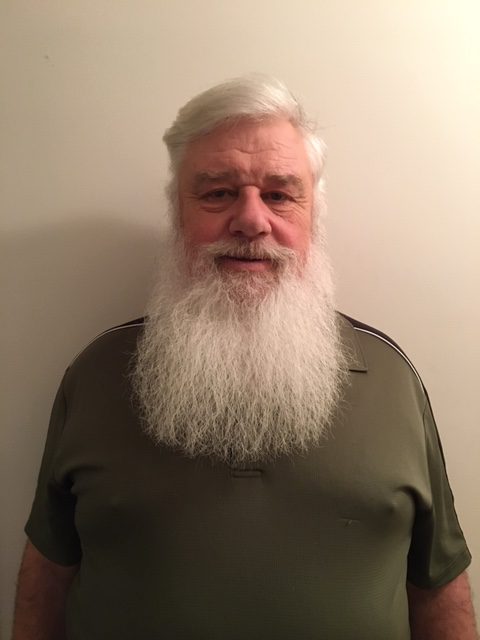 As Customer Relations Manager for CBC Computer Systems, Mac McKenzie works closely with several CBC departments to deliver a range of services to the company’s clients. Mac’s duties include working with sales to provide customers with quotes for CBC’s products and services, working with customers to help them get the most out of the Decor Fusion software, and demonstrating new software features to existing customers.

Mac started with CBC Computer Systems as a software manager. Over the years, Mac has held several technical and management positions with the company, working as a systems analyst, support and implementation manager, and salesperson, in addition to his current role. Having been the first manager of several departments at CBC, including the software, implementation, and customer relations departments, Mac is well-versed in every aspect of the Decor Fusion software, and is able to quickly and efficiently work with clients to solve problems and help them use Decor Fusion to make their businesses more efficient.

Mac graduated from Ryerson University in 1976 with a Bachelor of Business Administration. Mac also holds diplomas in management and humanities from Niagara College. 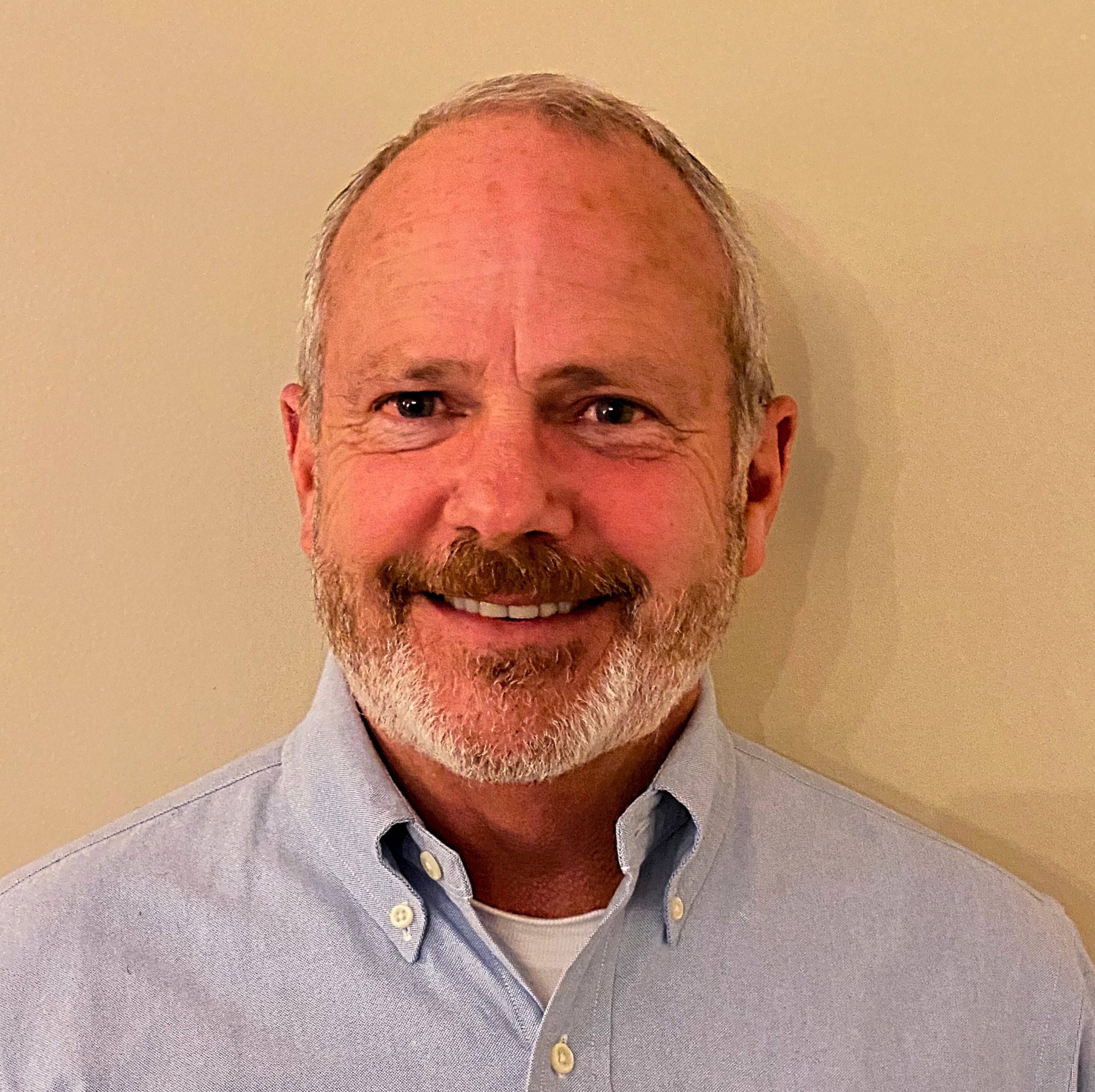 Reggie Bowles joined CBC Computer Systems in 2013 as the company’s Business Development Manager. In his role, Reggie works with CBC’s new and existing clients to find solutions that help them grow their businesses. Reggie is also responsible for managing CBC’s manufacturer and distributor partner relationships, and works with these partners to explore and create opportunities for CBC clients.

Reggie brings considerable expertise to his role, having owned and operated two paint and decorating stores from 1991 to 2011, and having also worked as an outside salesperson for Benjamin Moore. Thanks to his experience, Reggie understands the challenges faced by paint and decor retailers, and is able to use his considerable expertise to recommend solutions that help his clients succeed.

Reggie attended Radford University, graduating in 1983 with a Bachelor of Science, specializing in marketing. Reggie lives in Savannah, Georgia, with his wife. He has two grown children and a granddaughter. In his spare time, Reggie enjoys golfing, fishing, and spending time with his granddaughter. 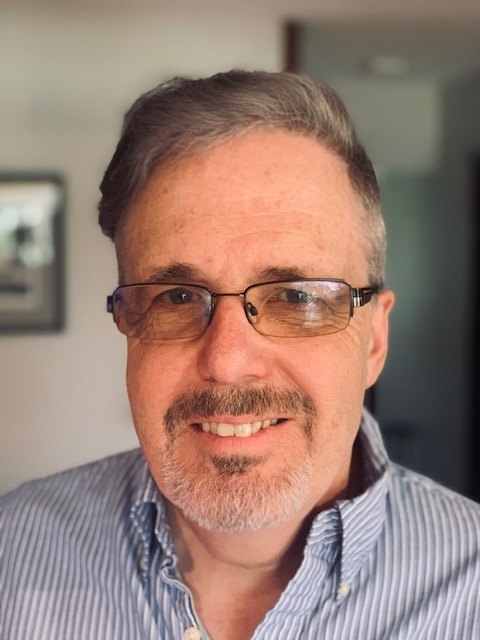 Tom Jones is CBC Computer System’s Director of Applications Development. In his role, Tom is responsible for overseeing new technologies, cloud development computing, and coding standards and future architectural direction for the Decor Fusion platform. His duties also include managing the company’s SQL Azure and web deployment, costs and infrastructure.

Tom joined CBC in 2006 as the senior Microsoft .Net software developer. Following a brief departure, Tom rejoined the company in 2012 in his current role. Tom brings a wealth of experience to his position, including several years’ IT experience in the banking, medical and business consulting industries. Tom is a Microsoft Certified Solutions Developer – App Builder, Microsoft Certified Solutions Associate – Web Applications, and Microsoft Certified Azure Developer Associate. Tom attended Brock University in 1987 in the Bachelor of Computer Science program and graduated from Niagara College in 1982 with a diploma in computer programming and system analysis.

Tom lives in St. Catharines, Ontario, with his wife, Linda. For many years, Tom has coached local youth hockey, and has participated as a Scouts Canada leader. Tom sits on the board and is a member of The Port Dalhousie Lions Club and is proud to serve his local community. 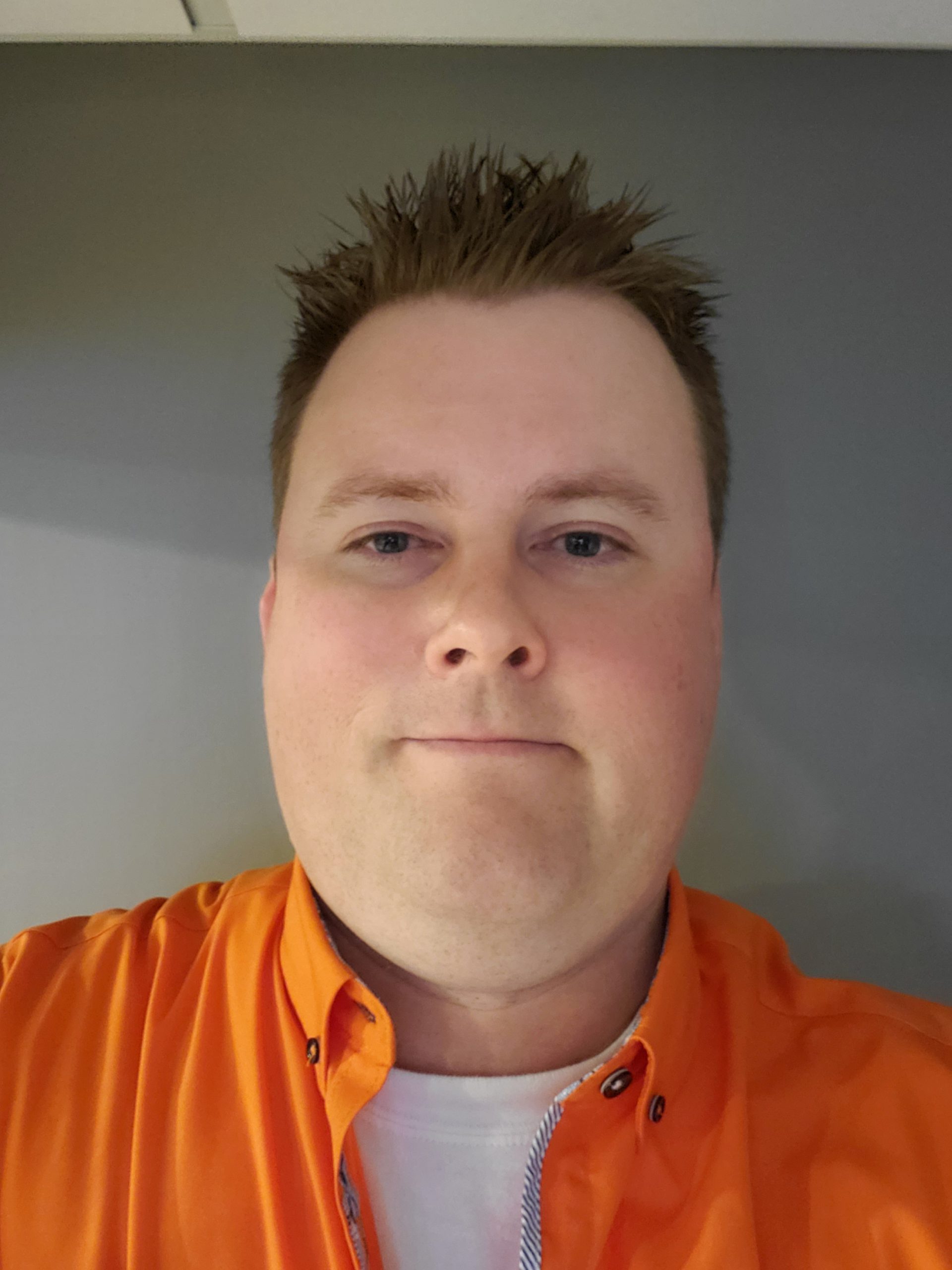 As Implementation Manager for CBC Computer Systems, Brian Broerse manages a team of specialists who help CBC clients implement the Decor Fusion software in their businesses.

Brian’s team works to ensure clients have a smooth transition to the Decor Fusion software, limiting any interruption to their business, and allowing them to hit the ground running once implementation is completed. Brian and his team’s key responsibilities include working with clients to provide custom solutions for converting their data and migrating their customers to the Decor Fusion software.

Brian joined CBC in 2010. Prior to his role with CBC, Brian held several progressive positions with a range of software-producing companies.

Brian graduated from Brock University with a Bachelor of Science in 2001. Brian has also completed MapX/MapXtreme Training Level I, and SAP’s Fast Track to Power Builder.

Brian lives in the Niagara Region with his wife, two sons and their dachshund. In his spare time, Brian enjoys hiking, camping, coaching his sons’ sports teams, and playing hockey. 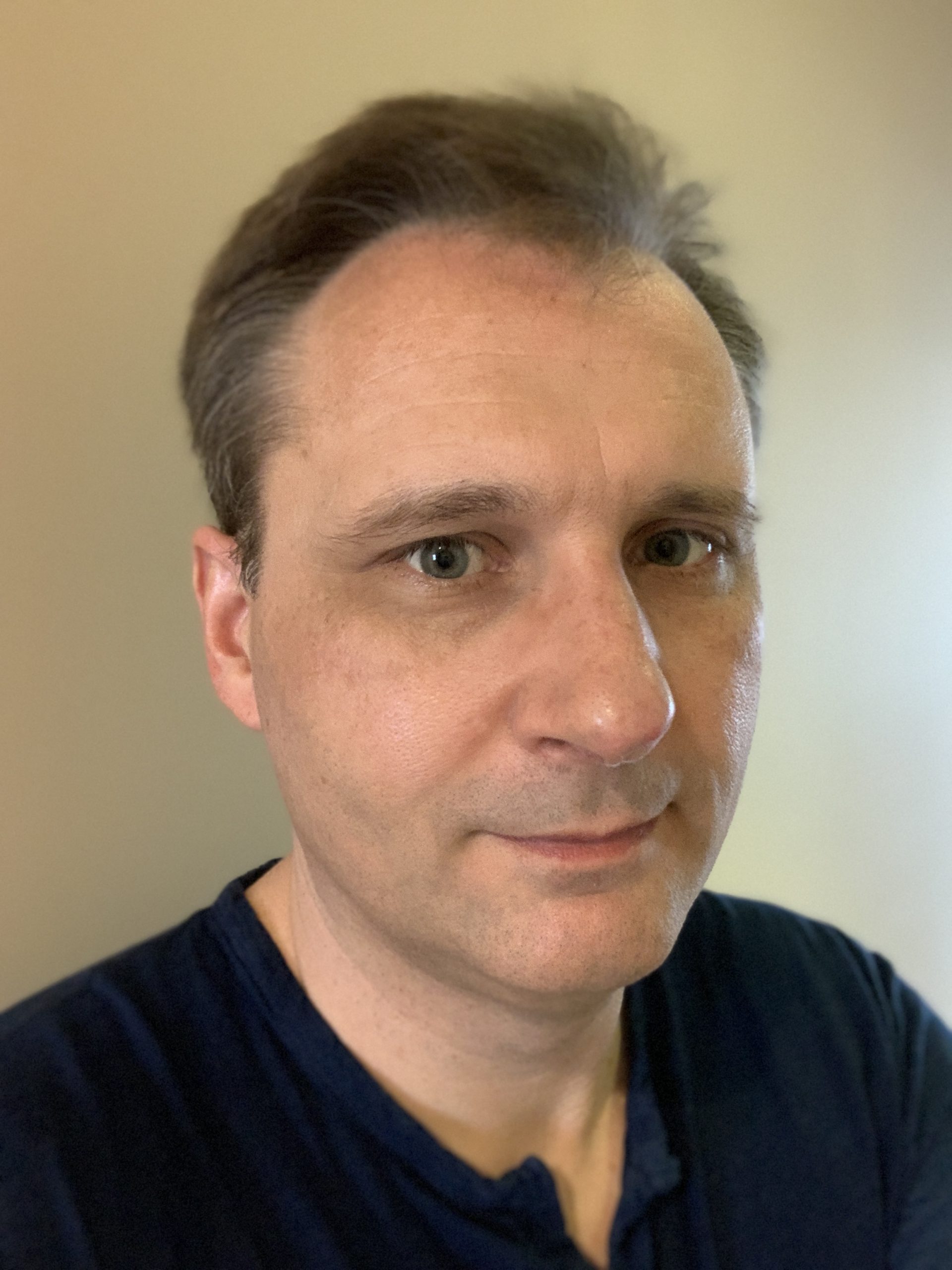 Jarek has worked for CBC for nearly his entire career. He holds a diploma from Niagara College’s Computer Engineering Technology program, and is a Microsoft Certified Azure Administrator Associate.

Jarek lives in Niagara Region with his wife and three children. In his spare time, Jarek enjoys working on home projects and playing live music with his band.